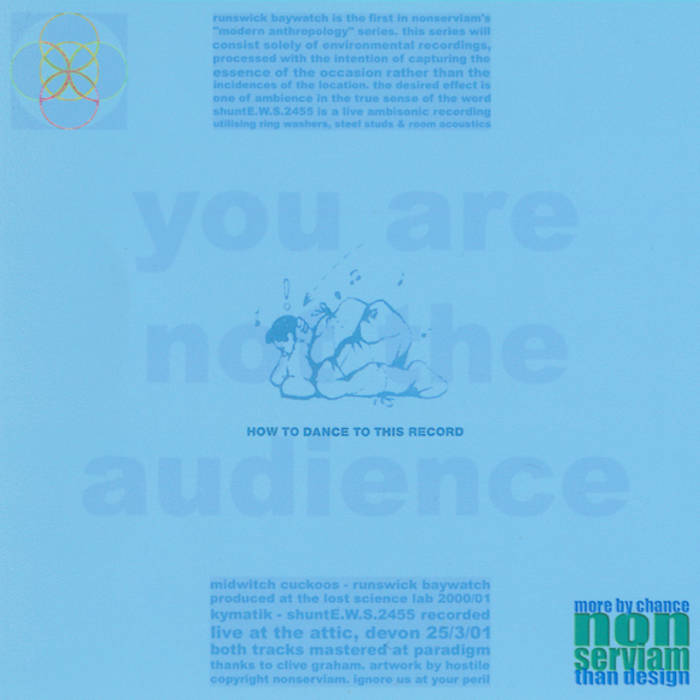 There are many answers to the question "What is the difference between good and bad experimental/industrial music", but the most concise and accurate answer might just be "Listen to Runswick Baywatch by Kymatik". This CD firmly expresses those genre characteristics: the lack of coherent tonal structure as a constant and defining aspect, the concept that one might become lost in the randomness of it all, the lack of identifiable source material. All these are characteristics of these kind of works from processed field recordings to electronically engineered collages and compositions from Stockhausen, Luc Ferrari, Alvin Lucier etc, through The Hafler Trio and Merzbow, Leafcutter John and on, but beyond that there is a feature that often escapes the definition - that of listenability. For me the defining characteristic of such music is how often do I actually get up and put the thing on. If that was the only distinction needed between "good" and "bad" music then this CD would be in my top 10 for the year, but what does listenability mean? Let's just say that "conventional music" (of the type made by popular artists) has its listenability in the catchiness of its rhythms and tunes, essentially its repetitiveness. With experimental/industrial music that cannot often be the case, and so complex dynamic qualities and intriguing substructures take the place of rhythmical and tonal considerations. The two pieces on this CD fulfil all my requirements of listenability and then some. Runswick Baywatch consists of constantly changing soundscapes (some rhythmical and some atonal) of unfathomable origin, which act like some kind of travelogue of a dreamlike journey on which all the images are from your own memories. Some artists I could name would have made an entire album from 5 minutes of this track. Very effective and cinematic. ShuntEWS2455 is something altogether different: an installation recording in which all the sounds are effectively the same, but variously located in a large enough space so that when recorded (with a surround sound microphone nonetheless), micro differences in the tonal quality of each source becomes a constantly shifting atonal background. This is one of those very rare pieces of noise that one has to "listen through". Many have tried and most have failed to achieve this type of work and I only wish the track was longer. Taken together this short 30 minute CD hits the mark where so many others fail. It's distinctive, uncompromising, different, and beyond any of these extremely listenable. (Gabin Sora)