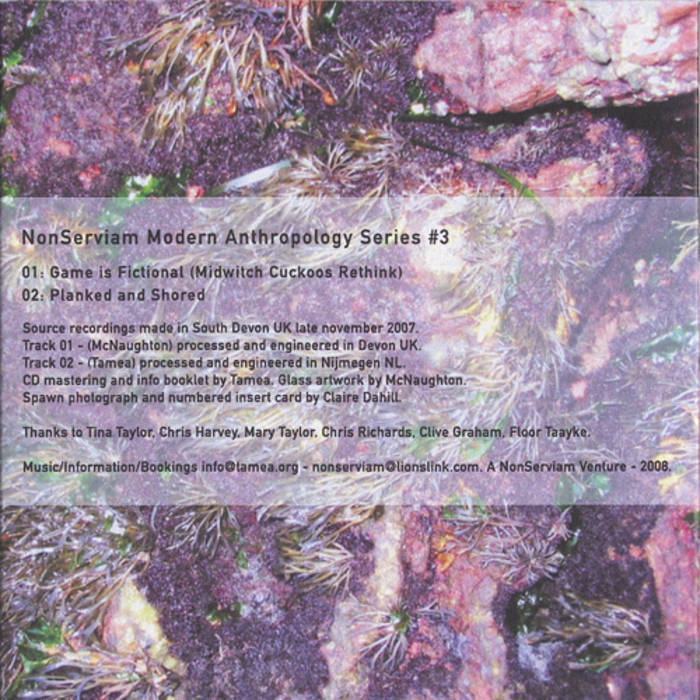 The first time two original members of Kymatik have had the opportunity to work together in over a decade. The two pieces are from the same source recordings, made in Devon U.K. in late November 2007. The tracks were finished within a couple of days of each other, and released in early February 2008 as a NonServiam joint venture, in a limited edition of 35 copies with glass artwork and information booklet. Some of Mark Tamea's other work can be heard at marktamea.bandcamp.com